With the beginning of the Festival’s 30th year, SFIAAFF’s mission to promote the best in Asian American and international cinema is more significant than ever. Our newest award, the Emerging Filmmaker Award, recognizes first-time filmmakers from around the world. For the first time, Asian American and international filmmakers will compete on the same terms. We’re thrilled to bring an international perspective to this competition, and our esteemed jury will choose one winner.

BABY FACTORY
RETURN TO BURMA
DELHI IN A DAY
IN THE FAMILY
RYANG – KANG DO: MERRY CHRISTMAS, NORTH!
THE CRUMBLES
BANG BANG
VIETTE
THE WOMAN IN THE SEPTIC TANK
MY WEDDING AND OTHER SECRETS
THE SUN BEATEN PATH
TOUCH 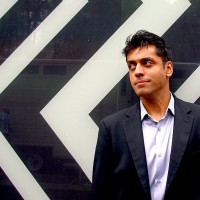 WAJAHAT ALI
Wajahat Ali is a playwright, attorney, journalist, and humor- ist from the Bay Area, California. His award winning play, The Domestic Crusaders, was published by McSweeney’s in 2011 and is one of the first major plays about the Muslim American experience. His commentaries and essays have appeared in The Guardian, Washington Post, Salon, Huff- ington Post, Slate, McSweeney’s and CNN. Currently writ- ing a pilot for HBO with Dave Eggers, he is also co-editing the book I Speak For Myself: 45 American Men on Being Muslim, which will be released in Summer 2012. 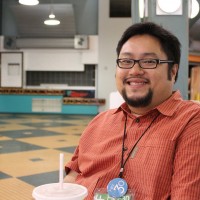 ANDERSON LE
Splitting his time between Los Angeles and Honolulu, Anderson Le has worked diligently in promoting inde- pendent and world cinema as director of programming for the Hawaii International Film Festival (HIFF), which is now heading into its 32nd year. In addition to his duties at HIFF, Le also serves as Festival Artistic Direc- tor for the Los Angeles Asian Pacific Film Festival. He has served on juries for the Rotterdam, Singapore, and Hong Kong film festivals. 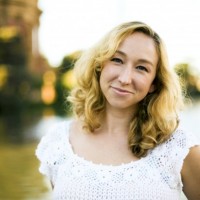 SKYE CHRISTENSEN
Executive Director of Ninth Street Media Consortium. With ten years of experience in media and arts education, Skye has worked both as an instructor and administrator at multiple Bay Area colleges and arts nonprofits such as San Francisco State University, Fine Arts Museums of San Francisco and the Museum of the Moving Image in New York. As a second-generation San Francisco native, Skye is committed to supporting independent media in the Bay Area. Skye holds a B.A. from UC Berkeley and a M.A. from San Francisco State University’s Broadcast and Electronic Communication Arts program.

READ ABOUT THE OTHER JURIES AT SFIAAFF