In a final look back at SFIAAFF 2010, we take this moment to catch up with the movers and shakers of this industry. 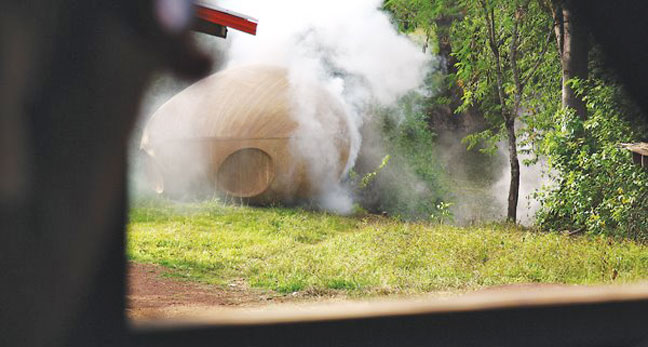 A little over a year ago, the SFIAAFF staff relished in the opportunity to create a strong festival program from a selection of seminal films. In a final look back at SFIAAFF 2010, we take this moment to catch up with the movers and shakers of this industry to recognize not only the work they have already done but to anticipate all of the exciting works to come.

Directed by Asghar Farhadi
As quality Iranian films continue to create an undeniable presence in the world of independent cinema, Asghar Farhadi emerges as one such filmmaker who is not only making a name for the genre but for himself as well.

Farhadi’s ABOUT ELLY was released in over fourteen countries and is now on its way to India. The film’s North American rights now belong to Regent Releasing/Here Media/Here Films. Most notably the film was an official entry for the Academy Awards Best Foreign Language Film and winner of the Best Director – Silver Bear Award at the Berlin Film Festival. It also won a Best Narrative Feature at the Tribeca Film Festival.

Asghar’s success reached new heights in February of 2011 when his latest film, NADER AND SIMIN: A SEPARATION claimed the 2011 Berlinale’s top award, the Golden Bear. The film’s lead actors each won the Silver Bear for Best Actress and Best Actor. This is the first time the Berlinale’s Golden Bear has gone to an Iranian film.

A LETTER TO UNCLE BOONMEE

Directed by Apitchatpong Weerasthekul
Apitchatpong’s magical short film, A LETTER TO UNCLE BOONMEE, described by the director as a personal letter about a small community called Nabua, was part of the multi-platform Primitive project. The project focused on the concept of remembrance and extinction in northeast Thailand, and was the precursor to Apichatpong’s feature-length UNCLE BOONMEE WHO CAN RECALL HIS PAST LIVES, which won the Palm d’Or at the 2010 Cannes Film Festival.

UNCLE BOONMEE WHO CAN RECALL HIS PAST LIVES, about the history of a northeastern city in Thailand and an uncle who can remember his past lives, has screened in enough countries to fill the pages of several passports. Prague, Brazil, Mexico, Romania, Ireland, Germany, London, Greece, Spain, Poland and Russia are just a short portion of the list. Not to mention the Palme d’Or Award the film took home from Cannes in 2010, A LETTER TO UNCLE BOONMEE was also nominated for Best Foreign Film at the 2011 Independent Spirit Awards and won the Muhr AsiaAfrica Award for Best Cinematographer at the Dubai International Film Festival.

Apichatpong is working on a new film called MEKONG HOTEL, a documentary that explores the river that runs through Thailand, Burma, Laos, Cambodia and Vietnam with UNCLE BOONMEE producers Keith Griffins and Simon Field.
While we’re not sure whether this will be a full-blown theatrical feature or an experimental short, we anticipate Apichatpong’s next move.

Directed by Uruphong Raksasad
Associate Producer Mai Meksawan took some time to share with us the success that is currently surrounding AGRARIAN UTOPIA – including being selected as the number one film at the Robert Flaherty Film Seminar. With 63 international film festivals and events selections and 10 international awards, AGRARIAN is the most successful film to come out of the Extra Virgin production company thus far.

Director Uruphong Raksasad just screened his first feature, STORIES FROM THE NORTH, at the National Film Archive on January 17. He is working on a special project funded by the CDH:DOX festival in Copenhagen. The festival selects ten filmmakers from Africa, the Middle East, Asia and South America to be paired with ten filmmakers from the Nordic countries. After an intensive 10-day workshop, consisting of seminars and master classes, the duos will present their project to the international film industry, receiving enough funding to cover all production costs for their project. They will have six months to carry out their film.

Directed by Tsai Ming-Liang
Part of the 20 Puccini Film Project, this piece follows Ming-Liang’s MADAME BUTTERFLY as she battles the chaos of a Kuala Lumpur bus station to be reunited with her lover. Following SFIAAFF 2010, film has shown across the globe at the Short Shorts Festival in Tokyo, the Glasgo Shorts Festival, Recontres International Session in Madrid and the Theater der Welt in Berlin, and the Leeds International Film Festival in the UK.
Ming-Liang is preparing for a feature entitled, Journal Intime d’un Jeune Garcon.

Liz Choi was the Publications and Administration Intern for the 29th SFIAAFF in 2011.

A LETTER TO UNCLE BOONMEE
http://www.animateprojects.org/films/by_date/2009/a_letter_to

Tags from the story
a letter to uncle boonmee who can remember his past lives, about elley, agrarian utopia, apitchatpong weerasthekul, asghar farhadi, madam butterfly, tsai ming-liang, Uruphong Raksasad, where are they now
Facebook Twitter Pinterest
Google + LinkedIn Email