After a full weekend of programs from morning to night, only one word can describe the experience – Awesome!

After a full weekend of programs from morning to night, only one word can describe the experience – Awesome!

We’ve met great artists, watched inspiring films and bonded with a group of amazing people. CAAM truly offers a variety of programs to cultivate the growth of all people interested in working in the entertainment industry and expansion of the Asian American stories told today.

On Sunday we attended the centerpiece showing of CLASH, an action film set in the streets of Vietnam. The choreography in the fighting scenes and real-life chemistry between main characters Trinh (Veronica Van), a former child prostitute brought out of the brothel to be trained to become a pawn in Black Dragon’s (Hoang Phuc) criminal agenda, and Quan (Johnny Nguyen), an undercover cop assigned to bring Black Dragon down, allowed the audience to truly escape within the film. 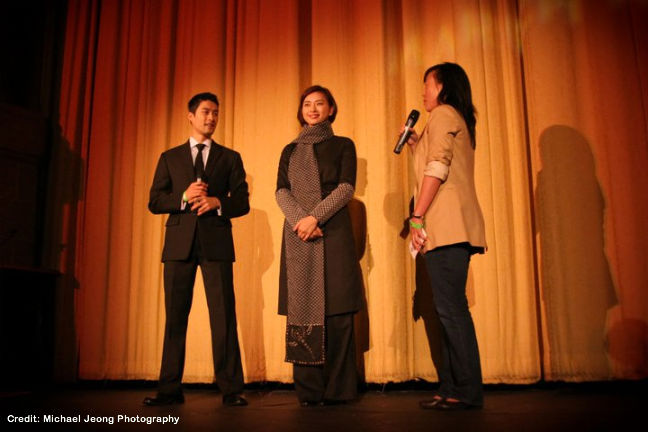 After the film, there was a Q&A with Van and Nguyen.  Thanh shared her struggles learning martial arts and revealed that she cried on the first shot of filming the fight scene of a bandit breaking a bottle on her head.  Nguyen discussed his struggle in learning how to dance, claiming that “dancing is a lot harder than martial arts because in martial arts you move when you want to, but in dancing you have to move to the music.” Both artists were even more beautiful in person than on screen, leaving me star struck and eager to see where their careers will lead them.

Darlene is a participant in this year’s Verizon Student Delegate Program.