For the month of January, you can now watch DREAMING LHASA on Cinema Asian America. 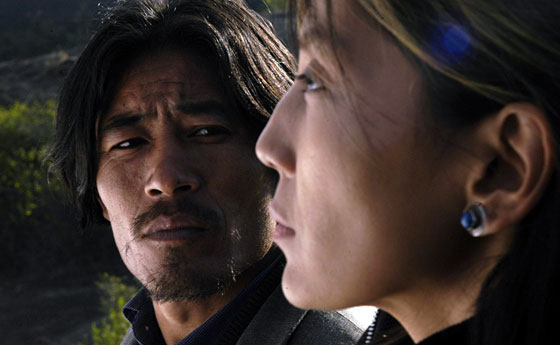 DREAMING LHASA
For the month of January, you can now watch DREAMING LHASA on Cinema Asian America. This narrative feature was directed by veteran documentary filmmakers, Ritu Sarin and Tenzing Sonam. DREAMING LHASA was shot on location in India and touches upon the issues of identity, culture and politics of the Tibetan diaspora. The Center for Asian American Media (CAAM) hosted the US premier of DREAMING LHASA at our 24th annual SF International Asian American Film Festival in 2006.

Synopsis:
Karma, a Tibetan filmmaker from New York, goes to Dharamsala, the Dalai Lama’s exile headquarters in northern India, to make a documentary about former political prisoners who have escaped from Tibet. She wants to reconnect with her roots but is also escaping a deteriorating relationship back home.

One of Karma’s interviewees is Dhondup, an enigmatic ex-monk who has just escaped from Tibet. He confides in her that his real reason for coming to India is to fulfill his dying mother’s last wish, to deliver a charm box to a long-missing resistance fighter. Karma finds herself unwittingly falling in love with Dhondup even as she is sucked into the passion of his quest, which becomes a journey into Tibet’s fractured past and a voyage of self-discovery.

We’ll be posting more films that are available on Cinema Asian America for the month of January. Stay tuned.

Help us spread the word!