CAAM Board Member, Konrad Ng talks about the portrait of American through film, the 2010 Census, and the inevitability of a profound demographic shift. 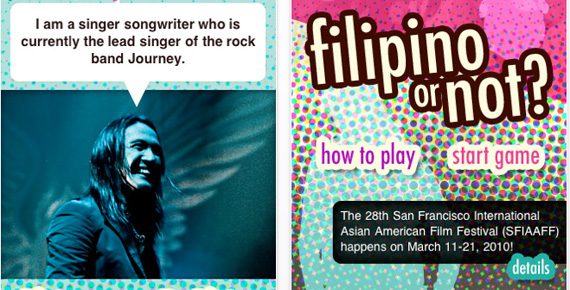 CAAM Board Member, Konrad Ng‘s article 2010 Census and Grassroots Communities: Composing a Visual Heritage in the Digital Age talks about the portrait of American through film, the 2010 Census, and the inevitability of a profound demographic shift.

Mentioned in the article are several CAAM initiatives – Hapas.us and Filipino or Not?– and how these digital platforms enables “communities to participate in forms of grassroots empowerment and self-representation.”

“I contend that Asian American grassroots communities perform an important service; their cultural production assists in populating the American imaginary. Their use of digital media to articulate an everyday form of self-representation may not be enough to address the current anxieties of demographic change, and it may be idealistic of me to think so, but these creative media expressions do begin the process of envisioning a complex portrait that might become widespread, so that the inevitability of demographic transformation may be easier to accept. While I cannot absolutely confirm the veracity of Frank Rich’s conclusion, my hope is that if some individuals’ angry reactions are indeed based on fear of change, that these grassroots modes of expression about identity will then help us as a nation to more fully embrace the portrait of Our America that emerges from the current census.”