Fresh from last weekend's Rotterdam@BAM film series in New York, we caught up with Anocha and asked her 3 quick questions. 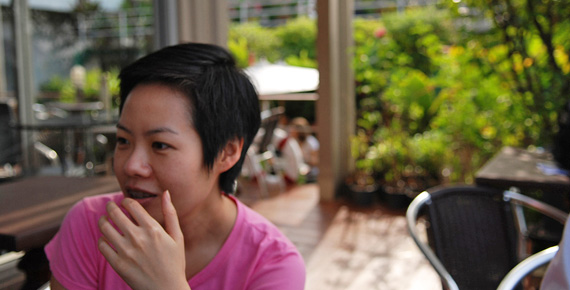 Anocha Suwichakornpong, whose sublime short film GRACELAND at SFIAAFF 2008, returns to SFIAAFF 2010 with her stunning debut feature, MUNDANE HISTORY. Fresh from last weekend’s Rotterdam@BAM film series in New York, we caught up with Anocha and asked her 3 quick questions…

1- Your debut feature, Mundane History, is a very complex examination of relationships, family, politics and memory. How have audience response been since its debut in Pusan last year?

In general the responses have been quite positive. It was particularly well received in Rotterdam and Bangkok. I’m very pleased with the fact that Thai audiences seemed to really enjoy the film even though it’s not exactly an easy film to watch. In Rotterdam, I had people coming up to me on the street and telling me how much they liked the film and that was great. It was quite unexpected.

2 – You recently won the Tiger Award at the International Film Festival Rotterdam. Can you share your reaction to winning the award?

It was incredible. MUNDANE HISTORY took three years to make and it had not been an easy process. I took a lot of risks with this film and to have the work recognized by the jury, to know that they and the other people understood what I was attempting to do, it’s a reward in itself. But of course, winning the Tiger Award would help ensure that more people would get to see it. I am very thankful for that.

3 – What are your next projects?

I’m developing a few projects. One is a feature called BY THE TIME IT GETS DARK (working title) which was also presented at the co-production market at Rotterdam. We actually won an award which is a development grant and so I think this would help to get the project off the ground. The film is about a female factory worker who goes from one job to another to another. MUNDANE HISTORY deals with issues of masculinity. This one will be about females.