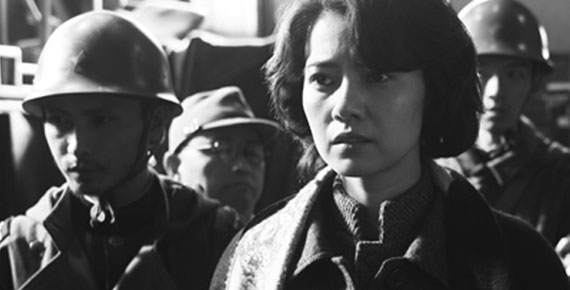 Imagining Atrocity: Lu Chuan’s City of Life and Death and the Nanjing Massacre on Film

On December 13, 1937 the Japanese army entered the Chinese capital of Nanjing, beginning a six week slaughter where an estimated 300,000 Chinese citizens were killed. The incident was largely marginalized in the west (until the 1997 publication of Iris Chang’s bestselling The Rape of Nanking) and consistently underplayed in China for political reasons. In China, it was not until the mid-eighties, when the Nanjing Massacre suddenly began to reenter Chinese public discourse and popular consciousness (via a changing PRC political agenda), that a handful of celluloid depictions of the Rape of Nanjing began to grace theaters and classrooms in China. This talk will trace the evolution of the Nanjing Massacre through popular culture, with special attention to cinema and television. From Luo Guanqun’s 1987 film Massacre in Nanjing (Tucheng xuezheng) to Lu Chuan’s landmark 2009 film CITY OF LIFE AND DEATH, (NANJING! NANJING!), Professor Berry will explore the intermingling of history, politics and the cinematic imagination of the Nanjing Massacre in contemporary China.

Chiho Sawada, Ph.D., Director of the Japan Policy Research Institute at the Center for the Pacific Rim, will moderate.

FREE & OPEN TO THE PUBLIC. Reservations recommended; call (415) 422-6828. City of Life and Death will screen on Wednesday, March 17 at 9:10pm at the Kabuki Sundance Theaters in San Francisco, and on Friday, March 19 at 9:10pm at the PFA in Berkeley. To purchase tickets visit the Film Festival site.