Part III: Shorts With SFIAAFF 2010 fast approaching, we here at CAAM thought it’d be an opportune time to look back and pay a visit to some of the featured films and artists from our last festival to catch up with them and to hear about the progress of the films since SFIAAFF 2009 and exciting new projects that lay for them in the near future. 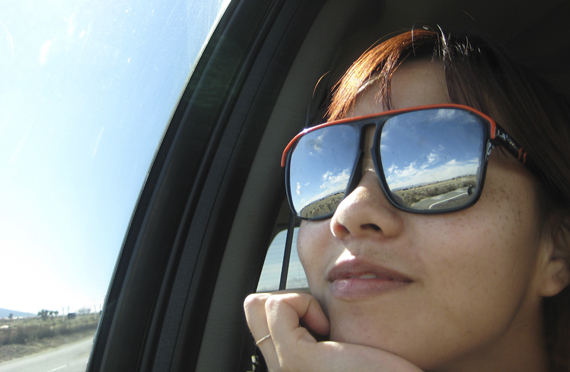 With SFIAAFF 2010 fast approaching, we here at CAAM thought it’d be an opportune time to look back and pay a visit to some of the featured films and artists from our last festival to catch up with them and to hear about the progress of the films since SFIAAFF 2009 and exciting new projects that lay for them in the near future.

Okita was also invited to Canada’s prestigious Canadian Film Centre (CFC) located in Toronto, Ontario, as one of only five directors chosen from across the country to participate in this year’s director’s lab. He recently finished his latest short film, Fish in Barrel, an experimental film focusing on a young man’s psychological struggle that combines elements of sculpture, photography and video. Fish in Barrel had its world premiere at the Toronto International Film Festival and will be featured at this year’s 28th SFIAAFF.

A SONG FOR OURSELVES

A moving tribute to pioneering singer and activist Chris Iijima, A Song for Ourselves , Directed by Tad Nakamura, screened at the 2009 SFIAAFF and has since garnered much praise from festivals around the country, including the San Diego Asian Film Festival, where it won the Special Jury Award. The film has been used to raise major funds for the Chris Iijima Fund at the Manhattan Country School (where Chris Iijima taught 6th & 7th grade) and the Chris Iijima Scholarship Fund at the University of Hawai’i Law School where Chris was a law professor.

Since screening Dim Sum & the Racetrack at SFIAAFF, Director Suilma Rodriguez has shown the film at LAAPFF for an “AWC Rewind” special screening. The event commemorated the past seven years of the fellowship which helped Rodriguez make the film.

Currently, Rodriguez is also experimenting with comedy skits and acting, while continuing to freelance as an editor.

After SFIAAFF 2009, Grand Teton screened at numerous festivals, including Slamdance on the Road, The Engine Collision Festival with David Lynch, Maryland Film Festival Opening Night with Bobcat Goldthwait, and at A.I.R. Gallery in Brooklyn. Along with the usual art projects, Director Julie Kim Smith is working on F.O.B., an anime and K-pop mash-up supported by a grant from the Maryland State Arts Council, all while continuing as a programmer for Slamdance.

Stearns is currently working on a feature-length documentary entitled One Big Hapa Family, which explores the high percentage of Japanese-Canadians in interracial marriages and how these families perceive their unique multiracial identities.

Directors Dan De Lorenzo and Emily Chang recently finished shooting a music video for a song that Chang wrote. The song will also be featured on the soundtrack of an upcoming feature film, Colin Hearts Kay (www.colinheartskay.com), in which Chang stars as lead actress.

De Lorenzo is currently working on the hit NBC series, The Apprentice, with Donald Trump, while Humberville producer Shilpi Gupta is in production for her upcoming documentary on AIDS education and grassroots soccer for youth in DC and South Africa.

Josh Kim, director of SFIAAFF ’09 favorite The Postcard, has spent the past summer working on a short documentary about escargot and the little-known escargot crisis in France. In the documentary, Kim interviews people involved with the snail trade (snail hunters, snail farmers, restaurant owners, trade ministers, consumers, etc.). He is currently editing the film with hopes to have a cut done in early 2010.

His next projects include an adaptation of a short story written by Rattawut Lapcharoensap, “At the Cafe Lovely”. This month, Kim plans to move to Thailand to begin development on the project and start shooting by September 2010. You can hear an NPR interview with the author at http://www.npr.org/templates/story/story.php?storyId=4568211
and read the short story here http://www.barcelonareview.com/53/rl.htm

Andheri, directed by Sushrut Jain, has gone on to do very well in the festival circuit playing at several festivals in the U.S. and Europe, and won the Grand Jury Prize at the San Francisco Shorts Film Festival. The makers of the film were also able to sell the distribution rights of Andheri at the Clermont Ferrand Film Festival in France to Premium Films.

Director Bornila Chatterjee is currently developing a feature script entitled Oh, Sophia about a shy Indian girl who believes in “the magic of being needed by just one other person.” Oh, Sophia is a 2009 Chris Columbus/Richard Vague Film Production fund finalist.

A GREEN MOUNTAIN IN THE DRAWER

Since SFIAAFF 2009, A Green Mountain in the Drawer, has been invited to Film Festivals in Philadelphia, Tiburon, Colorado, San Diego, Vancouver, D.C., Los Angeles, New York and more. The film won the Golden Reel Award at the Los Angeles Asian Pacific Film Festival and got an Honorable Mention at the Philadelphia Asian American Film Festival.

Director Hwa-Jun Lee recently finished studies at San Francisco State, and has since headed back to Korea to connect with filmmakers there with hopes to write a script for his first feature film.