Part II. FEATURE DOCUMENTARIES With SFIAAFF 2010 fast approaching, we here at CAAM thought it’d be an opportune time to look back and pay a visit to some of the featured films and artists from our last festival, and to catch up with them about the progress of their films since SFIAAFF 2009. 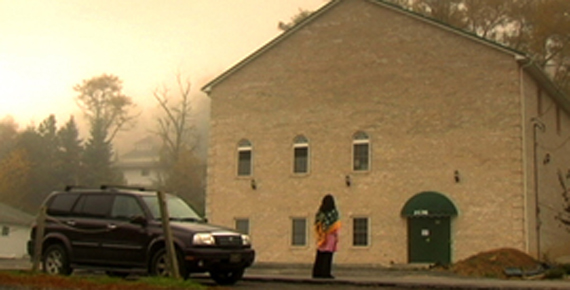 The Mosque in Morgantown

The Mosque in Morgantown aired nationally on PBS as the finale of the critically acclaimed “America at a Crossroads” series back in June 2009. They launched a companion web site, www.themosqueinmorgantown.com, offering in-depth background information, bonus video and a discussion forum featuring original essays by scholars, characters and viewers. Since its launch in early June, the site has attracted visitors from more than 100 countries and territories. The film continues to show at outreach screenings around the country.

Currently Director Brittany Huckabee is developing a new project called Border Girls about human trafficking in Nepal. It’s a feature documentary following two young women who operate a surveillance unit on their country’s southern border. Working alone, they rescue up to 200 girls every month from traffickers headed to India. Interested? Catch a trailer on her web site at www.v1productions.com.

She plans on continuing to pursue projects that explore the issues most important to her: religion and its intersection with culture, human rights and women’s issues. She is also considering the possibility of a stint in grad school sometime in the next few years — “It’s my dream to become an anthropologist as well as a filmmaker.”

Since SFIAAFF 2009 Whatever it Takes has had a very successful festival run, screening in Los Angeles, Vancouver, Hawaii, Dallas, and Washington, DC. According to Director Christopher Wong the film has done especially well at the Asian American festivals, where the film has been honored with several Best Documentary Feature and Audience Choice awards. In the fall of 2009 the film sold out at the Asian American International Film Festival in NYC, a homecoming for the documentary, which was shot in the South Bronx. In April of this year, Whatever it Takes will premiere nationally on PBS on the award-winning series “Independent Lens.”

Apart from self distributing the film, Wong is working on two other documentary projects, including Wheel of Jeopardy, which covers the crazy world of television game shows and their fan base. The other (untitled) film tells of an Asian American pastor who is attempting to reconcile his own conservative Christian congregation with gay and lesbian Asian American Christians.

As for looking ahead Wong says, “My mission as a filmmaker is to make documentaries about ordinary people doing extraordinary things. And I’m always on the lookout for Asian American individuals who fit that.”

Patsy Mink: Ahead of the Majority

In May 2009 Kimberlee Bassford’s Patsy Mink: Ahead of the Majority broadcast nationally on PBS as part of Asian Pacific American Heritage Month. The film secured educational distribution through Women Make Movies, the leading distributor of women’s films in North America. The film went on to screen in festivals and community events around the nation after SFIAAFF 2009, including screenings in Tucson, Santa Barbara, Los Angeles and San Diego.

Details are available on the film’s web site: http://www.aheadofthemajority.com/pressscreenings.html

Bassford is actively developing three feature documentaries and is in production on a personal documentary for her family covering the story of her Chinese great-grandfather. In her spare time she also has been teaching filmmaking workshops in Hawai‘i.

When asked about her upcoming plans she said, “I plan to continue making documentaries, particularly those that explore important social issues or bring to light Asian American, Pacific Islander or women’s stories.”

Stay tuned as we follow up with 2009’s Festival stars in the shorts categories!