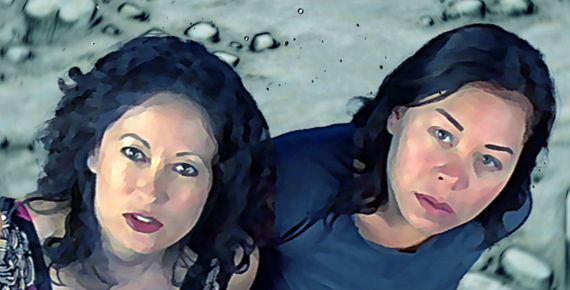 For Director Sarab Neelam and his film Ocean of Pearls it’s been a very fun and exciting year. Following the San Diego Asian American Film Festival, they went on to other film festivals around the world, including Italy, where it was phenomenally received.

In 2009, Ocean of Pearls began a limited release in North America starting in Neelams’s hometown of Detroit. The film played for an impressive seven weeks in Detroit. Since then there have been requests for this film in North America, the U.K., Australia, Europe and India.

Though he remains busy as a practicing physician, Neelam does wish there was more time to travel with the film as it debuts in different locales. He remains humbled by the film’s impact and the positive reviews from audiences all over the world.

Sarba Das herself is currently on location in West Virginia working as a producer for ABC on “The Jamie Oliver Project,” a new series with British Chef Jamie Oliver, who is taking the unhealthiest city in America and attempting to turn it into a model town. The series will air January 2010. Das is also finishing up the screenplay for Bollyhoods, an action comedy set in the Bollywood Underworld in the 1970s and One-Five, a black comedy about growing up Cuban in Orange County

Das has plans to go into production on Bollyhoods as her next directorial project. She is also attached to direct Pawsitively Christmas, a Christmas canine comedy, produced by Bridget Terry Productions. She divides her time between developing and producing both scripted and unscripted films and series. Someday she hopes to write and direct the sequel to Karma Calling—Karma Calls Back!

Since SFIAAFF, Tze Chun’s Children of Invention has won nine Jury Awards, including three for Best Film (Independent Film Festival Boston, Newport Film Festival, and Los Angeles Asian Pacific American Film Festival). Including the premiere at Sundance, the film has been the official selection of over 40 film festivals and had the honor of being opening or closing night at seven of those.

With the festival circuit, Chun has been experimenting with hybrid distribution, selling their limited edition DVDs of the film at festivals and off their website at www.childrenofinvention.com/store.htm. They are planning a theatrical release in select cities early 2010.

Currently, Chun has a new science-fiction short film that will be premiering as part of FutureStates, an online series financed by ITVS. Other directors participating will be Tanuj Chopra, Greg Pak and Amyn Kaderali.

Chun and his producer Mynette Louie also recently went through the Sundance Producers Lab with Chun’s feature screenplay You’re a Big Girl Now. They are hoping to shoot the project next summer or fall in Malaysia. Visit http://syncopatedfilms.com/biggirl.htm for more details.

Since 2009, the SFIAAFF “Best Narrative” winner Half-Life has traveled to London, Seoul and Toronto, had a screening put on by the Whitney Museum of American Art, and screened in Taiwan on closing night for the Women’s Film Festival, where Director Jennifer Phang also served on the panel.

Last month, Phang and her crew had a theatrical release of Half-Life through Wolfe Releasing as well as a Video On Demand, Cable, and DVD.

Currently, Phang is working with SF’s own Red Giant on early stages of a 3D animated feature, casting another feature film called Look for Water, a script based on Dominic Mah’s play which was developed with the Sundance Institute, on top of completing a few script assignments.

Stay tuned as we follow up with 2009’s Festivals stars in the Documentary and Shorts categories!