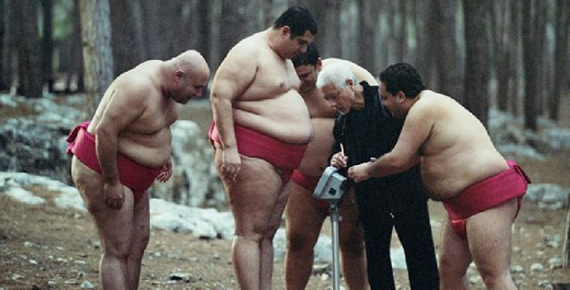 Poor Herzl is a big fish out of water. A 340-pound chef living with his mother, he’s been gamely diving into a sea of perpetual diet groups and fitness regimes, and belly flopping. He’s fired from a restaurant salad bar because of his “unpresentable” image; then his rigid weight-loss class dumps him because he keeps gaining pounds instead of shedding them. The relentless pursuit of slim is frustrating for him and for his three seriously overweight buddies in the working-class town of Ramle, Israel. But all that starts to change when Herzl discovers the one place where fat guys can be rock stars: the world of sumo wrestling.