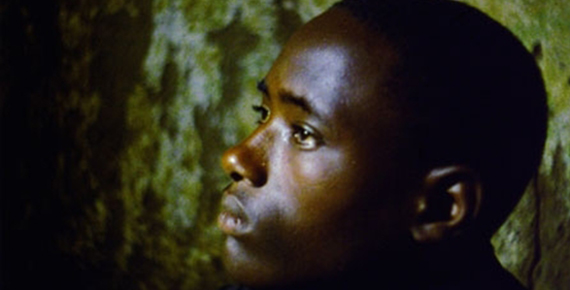 Munyurangabo (a Tutsi) and Sangwa (a Hutu) set off on a startling journey of homecoming and personal responsibility through the haunted countryside of Rwanda, a nation still healing from genocide barely a decade old. Korean American filmmaker Lee Isaac Chung achieves a stunning authenticity, foregoing a mere re-enactment of violent episodes in favor of a confidently stark and softly guided, intimate portrait of human fragility infused with global resonance. Grappling with the delicate burden of history, Chung has built a masterful debut, seething with a rare yet simple poetry that is all at once minimal and momentous.