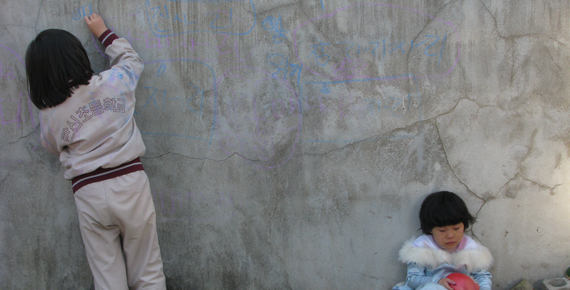 When their mother needs to leave in order to find their estranged father, six-year-old Jin and her younger
sister, Bin, are left to live with their Big Aunt for the summer. With only a small piggy bank and their
mother’s promise to return when it is full, the two young girls are forced to acclimate to changes in their
family life. Counting the days, and the coins, the two bright-eyed young girls eagerly anticipate their
mother’s homecoming. But when the bank fills up, and with their mother still not back, Big Aunt decides
that she can no longer tend to the children. Taken to live on their grandparents’ farm, it is here that Jin
comes to learn the importance of family bonds in this beautiful, meditative, and thought-provoking second
feature from So Yong Kim, the acclaimed director of IN BETWEEN DAYS.

Variety’s Robert Koehler said of the film: “drawing out beautifully natural performances from her child
actors, Kim once again has a distinct way of letting her camera observe her characters with kind
thoughtfulness, allowing for a quiet mood to wash over the scenes.”