FRUIT FLY, oh how I could sing your praises for hours! So where do I begin? Okay… so I’ll admit that I’m a bit bias. I’ve been a big fan of H.P. Mendoza’s work since I saw COLMA last year for a class. 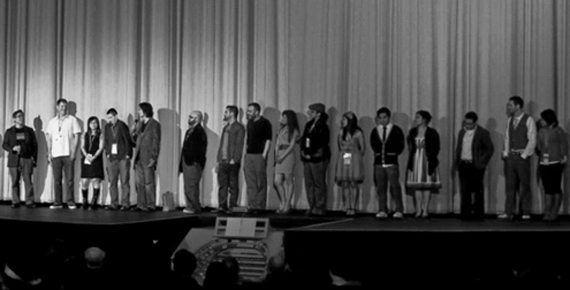 FRUIT FLY, oh how I could sing your praises for hours!

So where do I begin?

Okay… so I’ll admit that I’m a bit bias. I’ve been a big fan of H.P. Mendoza’s work since I saw COLMA last year for a class. Since then I’ve had the likes of “Colma Stays,” “Things Will Get Better,” and the rest of the soundtrack randomly playing in my head on any given day. Thus, when I heard that H.P. Mendoza’s new film was going to be the centerpiece of this year’s Asian American film festival I was ecstatic; and then when I found out that I was going to be able to see it as part of this program… well, there was much more singing to be had!

The whole experience has been incredible! I mean… San Francisco’s gorgeous Castro Theatre? There simply couldn’t have been a more perfect place for FRUIT FLY’s world debut!

Our pack arrived at the Castro at around noon-ish, where we simply hung around until the show started, walking into random stores, checking out Hot Cookie’s famous chocolate dipped penis cookies, and even having lunch with the lovely Sarba Das, director of KARMA CALLILNG (who along with all the other directors we met, I hope I get a chance to talk about later in the week). As the fateful hour of FRUIT FLY’s world premier drew closer we made our way back to the theatre; and although it was still an hour before the show started, but crowds clogged the sidewalk around the theatre and the line stretched down the street onto Market! Yikes. 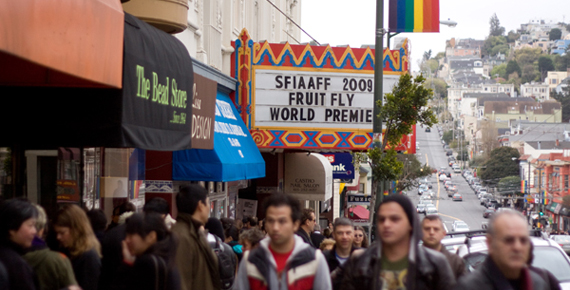 Thankfully, we got to skip the line and head inside into the movie’s reception, which was furnished with lots of food, wine, a FRUIT FLY themed caked, and an H.P. Mendoza in a very snazzy battery-powered equalizer t-shirt. But honestly all of us were much too anxious to eat or drink… so we headed back downstairs to find Geraldine (a.k.a. Mama G, a.k.a. leader) and our seats. 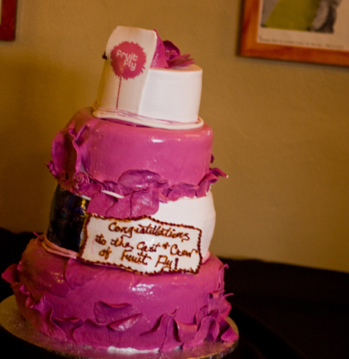 And then it started. And it was amazing! No- more than amazing! With almost the whole cast in the crowd and a full house, the excitement levels maxed out what H.P.’s poor equalizer t-shirt could measure! From the opening number to the very last the theatre was filled with laughter, tapping feet, and lots and lots of clapping. In fact, my hands actually got really sore from ecstatically clapping after every musical number in the movie! I had so much fun I didn’t even realize it when the last number came on and the movie ended. I wanted more, I wanted it to go on and never end!

While special props go out to Mr. Wong for his amazing camera work; top honours go to L.A. Renigen for her amazing talent and performance! H.P. and all the crew have created something incredibly special to many people… and I think Chi-Hui put it best, that the film is a love-song of so many things: gay culture, Asian American culture, Art, and (most importantly) San Francisco! I can’t think of a better combination! 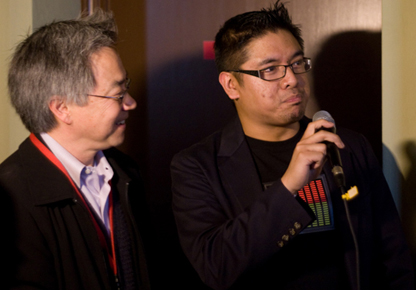