Today's agenda consisted of me running up Post street. It was cold, the wind was blowing into my face, and it was uphill; I felt like I was jogging in place. And more forgetfulness on my point to take any pictures. Geez. 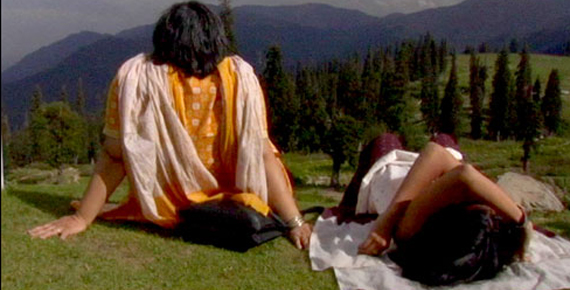 Today’s agenda consisted of me running up Post street. It was cold, the wind was blowing into my face, and it was uphill; I felt like I was jogging in place. And more forgetfulness on my point to take any pictures. Geez.

In which lots of notes were taken and I asked a question about the lack of diverse representation in mainstream media and how “we” can outreach the “multi-ethnic” identity to a wider audience. It may or may not have been answered but that’s okay. Never knew about hapa until they brought it up (basically mixed race if you didn’t know either). Intriguing topic, have notes but too lazy to take them out.

Met with Ed Radtke, director of THE SPEED OF LIFE

He’s chill…man. It was also quite chilly outside; thank goodness I ordered something hot to drink. We discussed stuff–to be more elaborate, how he fleshed out his characters, the process of doing something you like… Sevgi Sungun Stephenson from Turkey was also present; she was so sweet. :)

Kashmir–location, tucked in the north between Pakistan and India, a regional conflict that the documentary has shown that it is too complex to really talk about, to show, to write about. Is the violence a product of religious clash? Or are the conflicts religiously motivated political move on behalf of the majority Muslims in retaliation to the Indian Army based in the region? What is going on? Made by two American friends, an Indian (Geeta Patel) and a Pakistani (Senain Kheshgi), the film attempts to show the ongoings through the eyes of these outsiders, basically portraying their confusion, their inability to grasp the situation. Because as the movie comes to an end, you know that despite everything they showed you, you don’t know any better than in the beginning besides acknowledging and being aware. The only people that do, well, they’re in Kashmir.

[Incredibly raw eye-opener, wears down your protective shields, might make you tear up a bit but so worth seeing–just fyi.]

Directed by Christopher Wong. Takes place in the South Bronx, the nation’s poorest location as well as the worst education made available. Follows first year principal, Edward Tom (Asian dude!) and his school, the Bronx Center for Science and Mathematics. The kids, a hundred of teenagers who are not exactly your epitome of squeaky-clean students, especially Sharifea. It’s a good look at kids, who are often not given a chance in the world of academia, immediately discarded as those with no hope. I think that it is a very rigorous effort on behalf of Ed Tom, yet at the same time, what about those who are just not made for the educational system? What do we do for them?

Tomorrow, last day with my fellow delegates what? D: It’d be cool if we could have hung out some more…and if the festival didn’t fly flat on our midterms….