Inspiration was the name of the game today. We started off the day with the Multimedia/Multiracial Panel. It was really refreshing to connect some of the bigger identity issues seen on screen to an everyday agenda about Asian America. 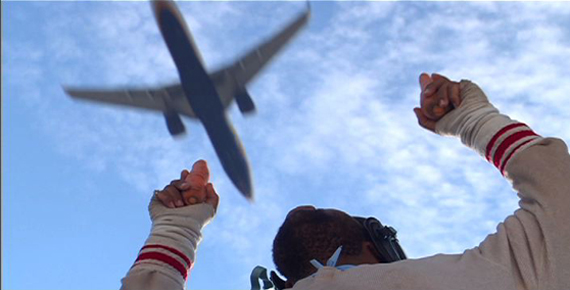 Inspiration was the name of the game today.

We started off the day with the Multimedia/Multiracial Panel. It was really refreshing to connect some of the bigger identity issues seen on screen to an everyday agenda about Asian America. Specifically centered on the idea of “Hapa”, the Panel followed filmmakers Michella, Dan and Jennifer and their experiences. The type of conflicts second generation Asian Americans feel in having to “pick” a culture was indeed a factor in the difficult decisions made at the forks in the road that Hapas face. Hapa isn’t the right term anymore, though, and they’re searching for a new, more appropriate word. It’s interesting though, after talking to Laura about this, that there’s such a push and urgency to finding a term. To unite this group of people by creating a title that fits. Laura and I wondered, is this counterproductive in the large scheme of things? Wouldn’t a title reinforce the exotic commodity that half Asians seem to be now? I think this panel was such an effective way to engage the audience to really grind out the hard questions. The environment was perfect for such a forum. What next, though?

The next part of our day was meeting the director of THE SPEED OF LIFE, Ed Radtke at Café Morano. The pleasant setting and chai tea made for great conversation. It was nice to slow down for a moment and just have an organic conversation about filmmaking. We asked whatever questions came to mind and Ed casually answered in a way that provided insight while reciprocating the questions. I am so thankful for this opportunity because it’s expected to initially find a wall between the filmmaker and the audience. I learned a lot from Ed about the process of filmmaking and the drive involved, literally, as Ed explained through an analogy to a road trip to the Grand Canyon. Ed emanated a balance of both being grounded in reality and being steadfast with aspirations.

Next on our agenda was PROJECT KASHMIR followed by WHATEVER IT TAKES. In all of these screenings, we were fortunate enough to have the filmmakers, producers and actors present to offer more about the process. On top of sparking dialogue about issues of religion and war in PROJECT KASHMIR and education and class in WHATEVER IT TAKES, these films also made me question the purpose of a documentary. Documentaries in general, with blurred definitions and guidelines, often are synonymous with activism in some respect. I was easily absorbed into the subject matter and I found myself rooting for so many people. Basic human rights were at stake in each film and I feel that, while there is still so much to be covered, these films were raw, intimate glimpses of the people in the forefront of these issues. I think the filmmakers were aware that their job is certainly not done and the follow-through is what makes dialogue into full-fledged change. Here are the heroes in our world; everyday heroes that need shoulders to lean on and who still have one billion and one questions, but also limitless hope and the utmost faith in humanity.

Food for thought. It’s the end of the day and I’m pretty full.