At one point while watching PROJECT KASHMIR, I thought of the moments Thomas Fowler spends in the South Vietnamese turret in Graham Greene's The Quiet American. Those were the quiet, humanly awkward and poignant moments before the turret was blown apart and Fowler's life saved by Pyle, his rival in romance. 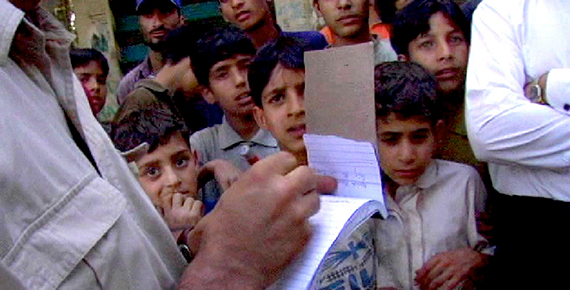 At one point while watching PROJECT KASHMIR, I thought of the moments Thomas Fowler spends in the South Vietnamese turret in Graham Greene’s The Quiet American. Those were the quiet, humanly awkward and poignant moments before the turret was blown apart and Fowler’s life saved by Pyle, his rival in romance. It’s a strange scene. There’s Fowler and Pyle together, aware of differences in their political views and similarity in romantic taste. There were the two South Vietnamese soldiers, terrified and confused. There is me, watching from the present, from reality, as these images arrange themselves in my mind among memories of seeing Brendan Fraser and Michael Caine shooting the film in my hometown, of the pages of Vietnamese and American history textbooks I’ve taken to heart.

So you see, it takes a fair amount of personal experiences, thoughts and memories to pack all those connotations into a few pages of a novel. Surprisingly, PROJECT KASHMIR did that for me within about about an hour and little knowledge of South Asia beyond samosa and A Passage to India. Particularly interesting for me were Aarti’s revisit of her childhood home and the filmmakers’ estranged phone call with Muzamil. It was awkward, confusing, and poignant. And I’m happily surprised that with this documentary, I find myself parachuted into the midst of these very human emotions of a major conflict.

Ah, Ed Tom. The guy who sat in front of me during WHATEVER IT TAKES, the guy who kept shuffling, whose chair suffered from several of my knee jerks, until I began to make out the resemblance between him and the hero on the screen. The Teddy Roosevelt of the South Bronx, without the stash. I’m going to write more about him tomorrow, after brunching at 9 (about 6.4 hours from now) with he and Christopher Wong, the director, thanks to the Student Delegate Program. My gut feeling is that I will wake right up and stay very awake while facing him at the brunch table.

It’s the second day of the festival that I’ve attended now, and this, all this is… so interesting. A decent part of the festival for me is biking through the city, from the Caltrain station to CAAM’s office, to Castro, to Japantown, uphill downhill sideways through and against traffic. Being away from campus norms and amidst the city’s physical and social fabric and brings the films’ stories to life even more. The conversations-

P.S. I need to catch some sleep + ambiguous, sudden endings are all the rage now. Oh, tomorrow I’ll post what I thought about Lee Ki-Yoon’s MY DEAR ENEMY. It has to do with the hypen. G’night! Thanks for reading this, but really, go watch the films. Now. Go. Rush line, inside connections, YouTube self-promotion, whatever, get ’em tickets. Now.