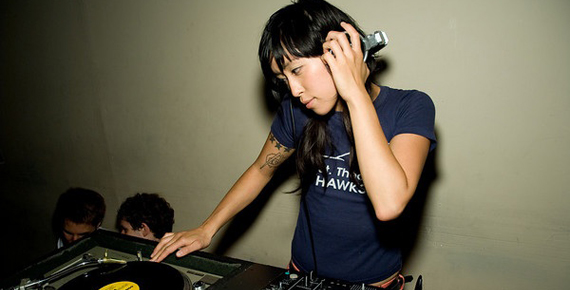 From glitch-infused breaks to original bay slaps. Tech-hop fusion to heavy dread bass. True-school heat to broken beats. Dirty disco to freaked-out funk. DIRECTIONS IN SOUND delivers yet another genre-bending showcase of rising stars, further proving that there is no end to the future-forward music blowing up in the underground around the globe. Don’t blink… You might just miss the next big thing!

One of Urb Magazine’s Next 1000, LA-based Nosaj Thing pits gritty electronics against sultry hip-hop undertones, and represents the next generation of laptop geniuses.

SF Bay Guardian’s 2008 GOLDIE-award winner Trackademicks has captured the ears of Mistah FAB, Kid Sister, J*Davey, and Phonte of Little Brother with his slap-a-delic sound, and is set to drop a debut release on Fool’s Gold.

SF Bay Guardian cover-boy Mochipet has been blowing up dance-floors with his avant- garde fusion of hip-hop and techno, and has garnered rave reviews from Pitchfork to Urb Magazine, the Bassbin Twins to DJ Rupture.

Resident at the mighty Surya Dub (SF Weekly’s Best Club Night), Kush Arora’s bass- heavy bhang-ragga beats have been making noise from SF to Brooklyn, and getting props from The LA Weekly, CMJ, and BBC One along the way.

A major force in the Broken Beat and Nujazz scene in San Francisco, Tokyo Component breaks sound barriers and breaks down dance-floors with his choice selection of jazz, soul, funk, African, house and even techno.

Single-handedly responsible for the disco craze taking over San Francisco, this veteran DJ, taste-maker and donut-lover drops the boogie, old and new.