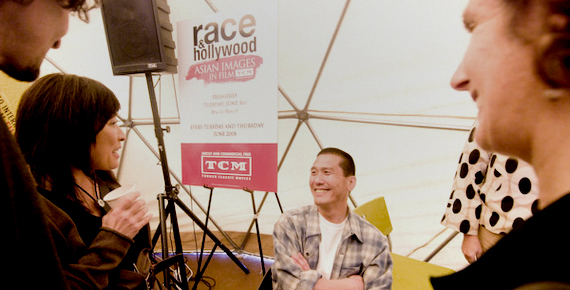 The 27th San Francisco International Asian American Film Festival is proud to announce its 1st annual Student Delegate Program. The program aims to engage students with Asian and Asian American cinema, and to cultivate the next generation of scholars, artists, administrators and activists invested in the field of Asian American media.

As part of the Student Delegate Program, participants have the opportunity to:

-Participate in a structured program of screenings, events and meetings
-Access other festival events, i.e. panels, talks and parties
-Write a blog and article for the Festival website

Students will also be encouraged to act as true delegates of the festival and share their experience with their peers.

The program is open to both undergraduate and graduate students in colleges and universities. We encourage both non-film and film majors to apply. The most important qualities we seek in candidates are a love for film and desire to share their passion, the ability to interact with other students and festival guests, and a willingness to follow a rigorous program of screenings and discussions.

With only 6 spots available, each student’s full commitment to the program is mandatory. In addition, students will be featured on the festival website, where they will be asked to write an ongoing blog during the festival and, post-festival, an article about their overall experience.

The schedule is as follows: