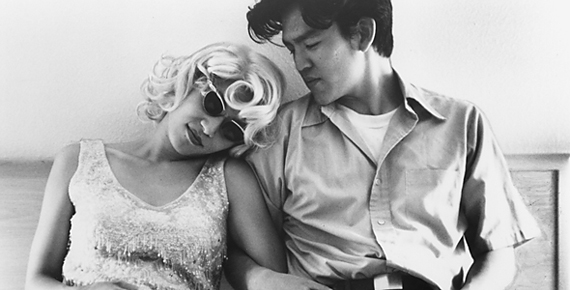 Dinner and a Movie is a regular series with SFIAAFF staff members. This edition features Taro, the Festival Assistant Director, and his picks for a good time out on the town. Taro is a big fan of LA sports teams and loves to eat Japanese and Korean food, especially Natto mixed with raw egg over rice or simply some traditional Kalbi. Taro also enjoys slow walks through Japantown with a baked good from Anderson’s Bakery in one hand and a Sophie’s crepe in the other.

If you’re a fan of cinema and you live in the San Francisco Bay Area, hopefully you’ve been catching some films at the Pacific Film Archive in Berkeley, where a nine-part Asian American film and video series, One Way, or “the Other” is currently underway.

For those of you San Francisco-dwellers who may think it may be too far of a trek to make it out to Berkeley, you are missing out on a great venue to catch films. The PFA is a jewel, and if you love film you need to make a trip out there!

Anyway, there are five programs still coming up, all terrific opportunities to catch some of the landmark films in Asian American film history. One that I recommend just after the Thanksgiving weekend is SHOPPING FOR FANGS, co-directed by Quentin Lee (ETHAN MAO) and Justin Lin (BETTER LUCK TOMORROW) on Wednesday, November 28. The film premiered at SFIAAFF in ’97, spearheading what the press dubbed “Generasian X,” and launched the careers of the two filmmakers as well as actor John Cho (HAROLD & KUMAR GO TO WHITE CASTLE). You’ll notice Lee and Lin already experimenting with more disguised methods of grappling with issues of identity, a theme that’s gradually receded away from the foreground in more recent Asian American narratives.

Before the screening (which starts at 7:30pm), I recommend a dinner at Norikonoko, a Japanese restaurant that doesn’t serve sushi. They specialize in authentic home-style Japanese cooking, from grilled fish dishes to the best udon in the East Bay. Now that we’re heading into winter, I’d imagine they have their heartwarming oden back on their special menu, too.

Norikonoko is located on Telegraph between Blake and Parker, about six blocks from the PFA Theater. They open at 5:30pm, and I suggest getting there right as they open so you have enough time to get over to the PFA. They do close early at 9pm or 9:30pm depending on the day, so if you want to catch dinner after the movie and can’t get over to Norikonoko before they close, then you might try something at the Durant Food Court (on Durant between Telegraph and Bowditch), aka Asian Ghetto Food Court or the Third World Food Court (sorry if I offend anyone). The eateries there are open late and they’re cheap. It’s where I used to eat all the time during my student days. Who knows, you might find yourself sitting next to some aspiring Asian American filmmaker who’s going to be premiering the next great Asian American feature at the SFIAAFF several years down the road!